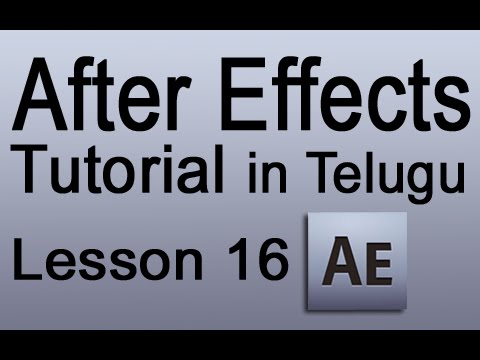 Adobe After Effects is a digital visual effects, motion graphics, and compositing software developed by Adobe Inc. and used in the post-production process of film making, Ad shows, video games and television production. After Effects can be also used for keying, tracking, compositing, and animation.

You can create incredible motion graphics and visual effects with After Effects for film, TV, video, and web.

You can create anything and everything with After Effects.

You can create cinematic film titles, intros and transitions. You can remove an object from a clip. You can start a fire or make it rain. We can Animate a logo or character. With After Effects, the industry-standard motion graphics and visual effects software, you can take any idea and make it move.

We can just combine videos and images to create anything we can imagine. Choose exciting effects from hundreds of options, remove unwanted objects or people and create VR videos to drop our audience right into the action.

Set anything in motion with keyframes or expressions. Or you can use presets to kick-off your designs for unique results.

Try the latest release of After Effects for free. DOWNLOAD

To Understand Adobe After Effects step by step, watch the above tutorial video.